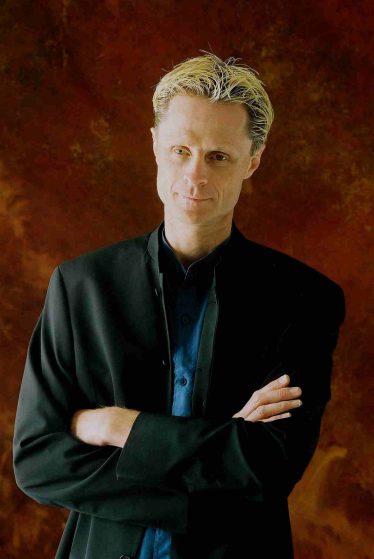 Born in Zimbabwe, Conductor Graham Lea-Cox has had an eclectic career as a conductor of orchestra, opera, music for theater, film and television in the United States, Europe, Scandinavia, Mexico and Africa.

His professional career began as conductor and Artistic Director of musical ensembles in Texas and California, touring the United States of America for Columbia Artists, New York, and to China and Japan.  Since then and based in Europe, his international conducting career has had a special focus on repertoires from the 18th to the 20th century and the musical repertoire of Latin America and Africa.

After completing his studies in Zimbabwe, Graham Lea-Cox won a music scholarship to the Royal College of Music in London to study cello, organ and conducting, and an academic scholarship to the University of Oxford, gaining his MA (Oxon) in Music.  After conducting studies with legendary maestros Herbert Blomstedt (in Los Angeles) and Norman Del Mar in London, he trained as a Repetiteur at the English National Opera in London.

In the USA Graham has directed performances at many of the major concert halls.  He made early US conducting debuts at Carnegie Hall (New York) and the San Antonio International Music Festival before a London debut with the St. John’s Orchestra, Smith Square.  Invited to work with the Swedish conductor Arnold Östman as his assistant at the Teatro Regio in Parma, Graham went on to conduct  in Sweden (Mozart, Le Nozze di Figaro / Göteborgsoperan) and to research the 18th century Gluckian manuscripts at the Royal Swedish Opera in Stockholm for the Drottningholm Palace Theater, where he subsequently spent several seasons. Invitations followed, from leading British conductor Sir Charles Mackerras, for an internship with the Czech Philharmonic in Prague, and from the Nederlandse Opera in Amsterdam to assist Conductor Hartmut Haenchen in Die Walküre by Richard Wagner and Wozzeck by Alban Berg

In 1990 Graham founded the English Performing Arts Ensemble (EPAE) in London with members of the main orchestras (London Symphony Orchestra, BBC Symphony Orchestra and the Royal Opera House Orchestra, Covent Garden). For many seasons he also conducted the Elizabethan Singers, one of London’s historic chamber choirs.

With the English Performing Arts Ensemble, he has performed at London’s Royal Festival Hall, Queen Elizabeth Hall and with tours in Europe and the United States. In 1993 he was invited to be Artistic Director of the first UK WARCHILD Festival at the Royal Festival Hall raising funds for the victims of the Balkan civil war, with British actor John Thaw and leading international musicians.

He has directed a five-year educational project with the English Performing Arts Ensemble in association with the London Conservatories of Music and the Laban School of Dance to encourage young people to learn about classical music.

In the film industry he is active as conductor, orchestrator and music supervisor as well as Music Director for ‘Insomnia Studios’, the leading South African film studios.  Graham has supervised and directed orchestras for various South African films, with music by South African-Swiss-German composer Geo Hoehn.

Graham Lea-Cox has extensive experience in conducting repertoires from the 18th to the 20th century. Over several seasons he has conducted the WDR Sinfonieorchester, Köln (West German Radio Symphony Orchestra) and broadcast with them on German Radio 3, In the UK he has directed the Hanover Band, one of the UK’s leading authentic instrument orchestras and in italy, l’Orchestra dell’Accademia San Felice and l’Orchestra da Camera Fiorentina. In Sweden he has conducted the Gothenburg Opera.

The performance of works by contemporary and living composers is of great importance to Graham. With the Cape Philharmonic Orchestra in South Africa he has conducted several seasons of contemporary repertoire,including premieres of major works by South African composer Hendrik Hofmeyr, and in Mexico he directed a series of symphonic concerts to celebrate the Mexican composer Pablo Moncayo.

As a scholar, Graham Lea-Cox has received critical acclaim for his 18th and 19th century manuscript editions, which he has recorded with the Hanover Band on ASV / Universal Records.  These discs have received worldwide recognition and a Grammy Classical Award nomination in the United States.

As a répétiteur Graham has trained several renowned opera singers for their roles and concerts in major opera houses in Europe and North America. In the United States he prepared choirs for several major orchestras, including the Los Angeles Philharmonic, the Dallas Symphony Orchestra (with Mexican conductor Eduardo Mata) and the New York City Opera (in Los Angeles).

In 2021 he was appointed the Guest Artistic Director of the Florence based Festival Orchestre Giovanile (https://florenceyouthfestival.it ) for players under 35 years old.  This Festival, one of the most successful Festivals in Europe of its type, has for over 22 years provided an opportunity to orchestras from around the world to give concerts to the highest standard in the heart of Florence and in other historic venues.

In addition to his international commitments, he has worked for many years to promote the dissemination of music across cultures and to develop new professional collaborations.  His personal initiative, Creative Beetroot, is dedicated to promoting artistic collaboration between different cultures and communities around the world .

Graham Lea-Cox has been a representative artist of the British Council to Sweden, the Czech Republic and Zimbabwe.

Hello. We use cookies on our website to give you the most relevant experience by remembering your preferences and repeat visits. By clicking “Accept”, you consent to the use of all the cookies.
Do not sell my personal information.
Cookie SettingsAccept
Manage consent